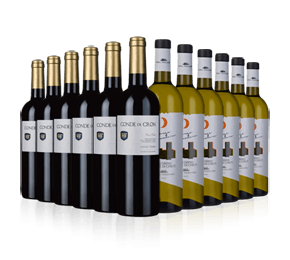 Conde de Cron is made by Javier Murúa, owner of Rioja’s renowned Bodegas Muriel. It was originally made as a house wine for family and locals in the know but Javier agreed to let us take a small parcel almost a decade ago. It didn’t take long for the word to spread and every year since, we’ve taken more and more!

The secret behind Conde de Cron’s success is that Javier treats it just like one of his prized Riojas. So it’s made from 100% Tempranillo, the key grape of Rioja, and has been carefully matured in oak barrels for 12 months. Smooth and rich with ripe berry and cherry fruit combined with hints of creamy vanilla, it’s delicious paired with a warming chorizo and butterbean stew or vegetable paella.

Pecorino is a grape that has come from the brink of extinction to become “Italy’s hottest white”. It flourished on the hillsides of Le Marche and Abruzzo for centuries but almost died out after World War II as farmers turned to higher yielding and less characterful whites. But it’s made a welcome comeback thanks to winemakers seeking out ancient, once-forgotten grape varieties to create truly local, authentic wines.

Sipping a glass of Borgo Thaulero Pecorino, it’s not hard to see why it’s become so popular. Appetisingly crisp and dry with white peach flavours and a twist of citrus, it’s very easy to drink. But it’s also surprisingly complex with hints of wild flowers and wild herbs coming through on the finish.

It comes to us courtesy of Cantina Casal Thaulero which takes its name from the local town, where the rolling hills of Abruzzo meet the Adriatic Sea. Here, the cooling influences of the Adriatic and nearby Apennine Mountains ensure the whites stay zippy and fresh.
Error
BUY 12 - SAVE up to £12.00

Speak to one of our advisors

Let us know how we did!

Click here to leave us a review on Trustpilot.

Join our email list to be the first to hear about exciting new releases, one-off parcels and exclusive offers.

You have successfully signed up to receive emails.

Keep up to date with our latest offers, new discoveries and exciting deals by signing up to our newsletter

You have successfully signed up to receive our newsletter. 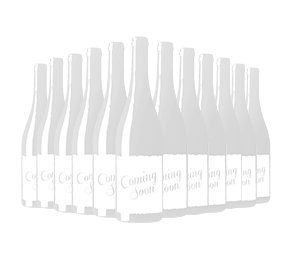